In this Foster Farms spot, directed by Emmy-winning Dave Laden, a monster appetite becomes a little too literal, as a boy’s hunger is transformed into a growing, insatiable, furry beast. The monster follows our hero home from soccer practice, his hunger literally growing bigger by the minute. Ultimately, only Foster Farms’ plump and juicy corndogs are able to subdue the insatiable appetite. 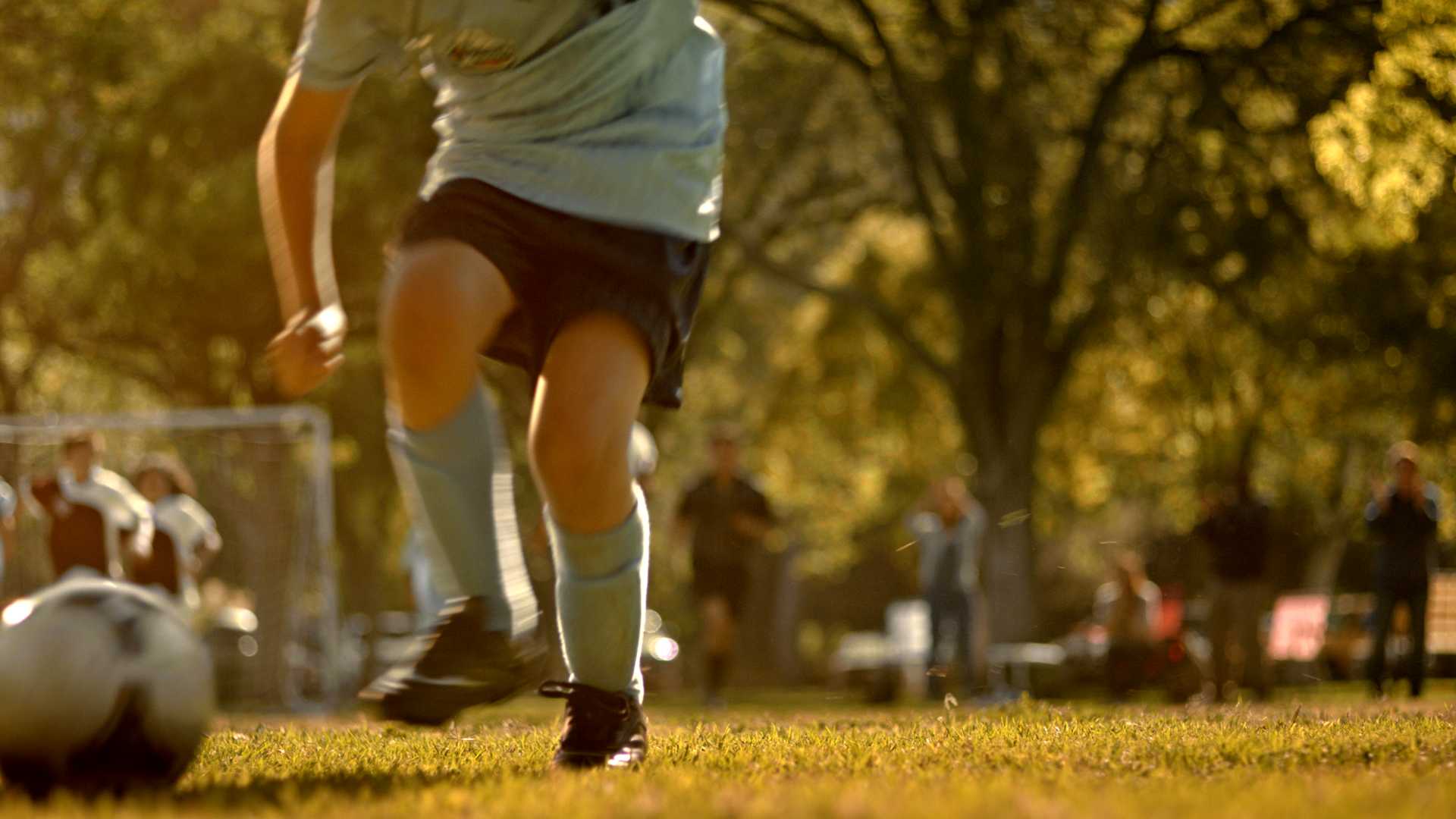 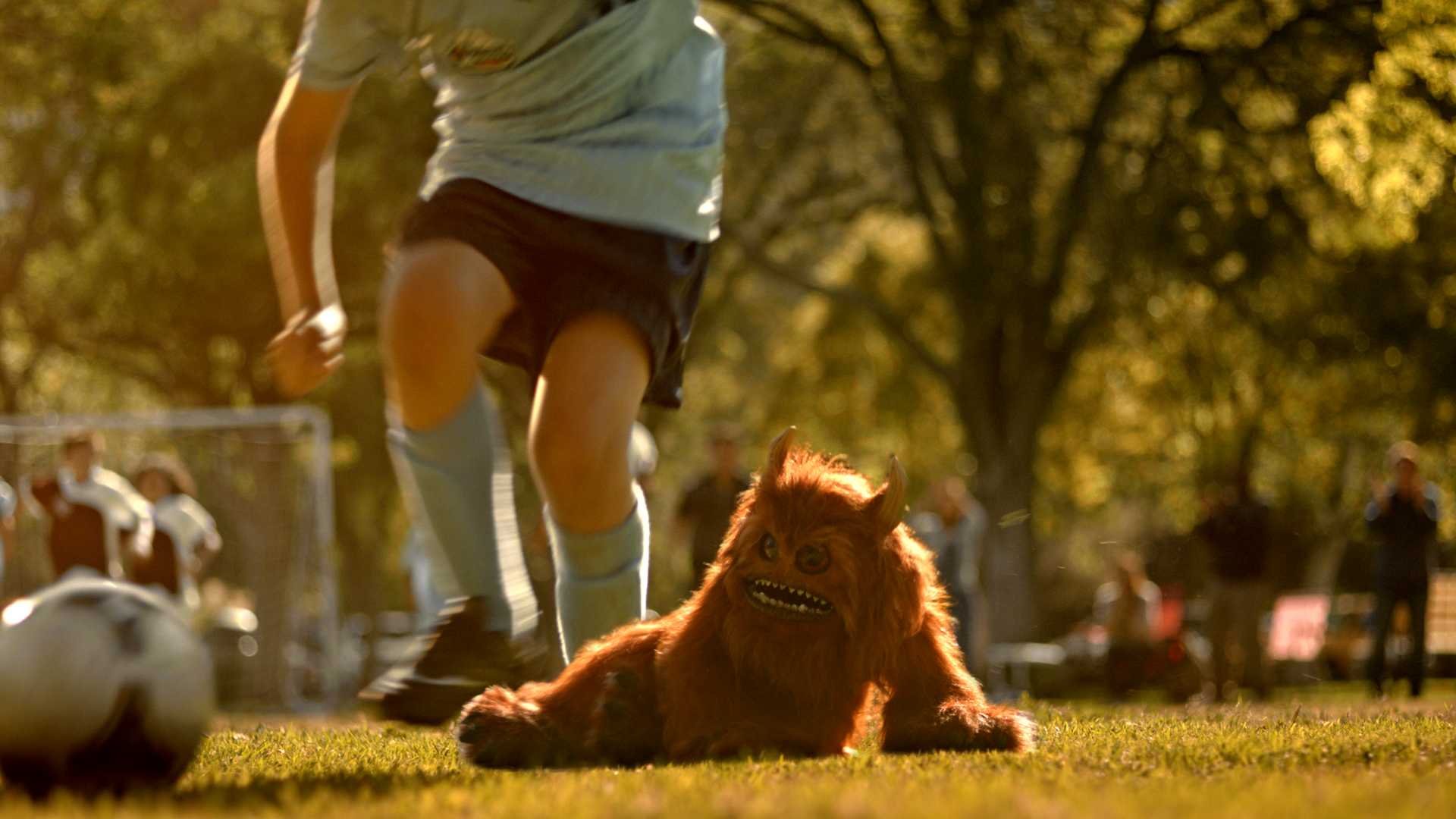 Hover over image above to see before & after effects

The design of the monster was by Bodin Sterba of Legacy FX, who built two suit sizes for the shoot. The monster was shot on green screen and in situ. Significant Others then performed all of the compositing, including animating the eyes to bring the horned, hairy monster to life.

“The Monster Appetite was tricky to style,” says Franklin Tipton, partner and creative director at Odysseus Arms. “Too scary and it leaned toward unappetizing. Too silly or goofy and the idea becomes too juvenile.” Ultimately, the look suggests an escapee from Maurice Sendak or The Muppet Show, with, according to Tipton, a yellow/brownish hue designed to mirror “the texture of the [product’s] cornbread coating.” 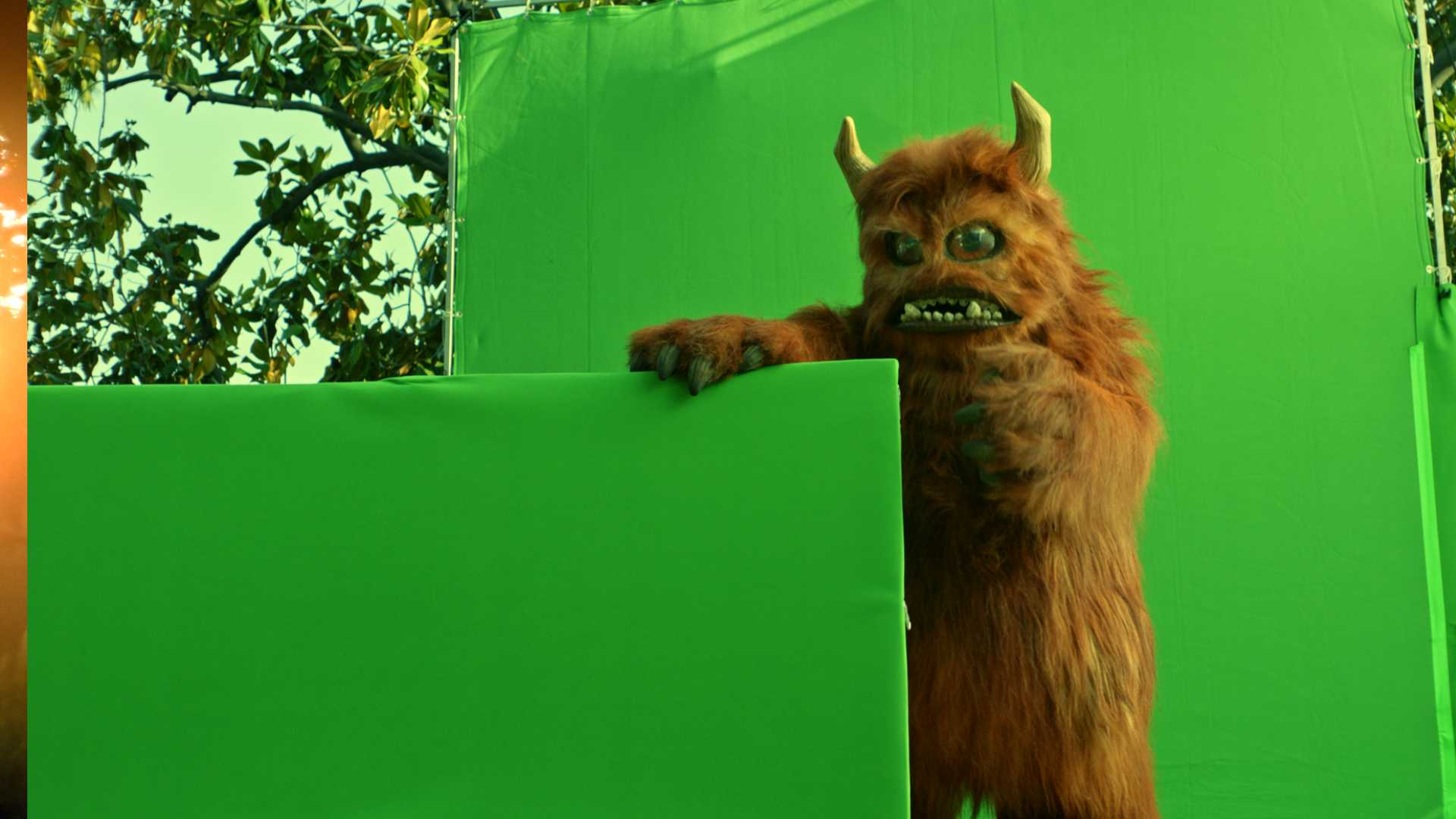 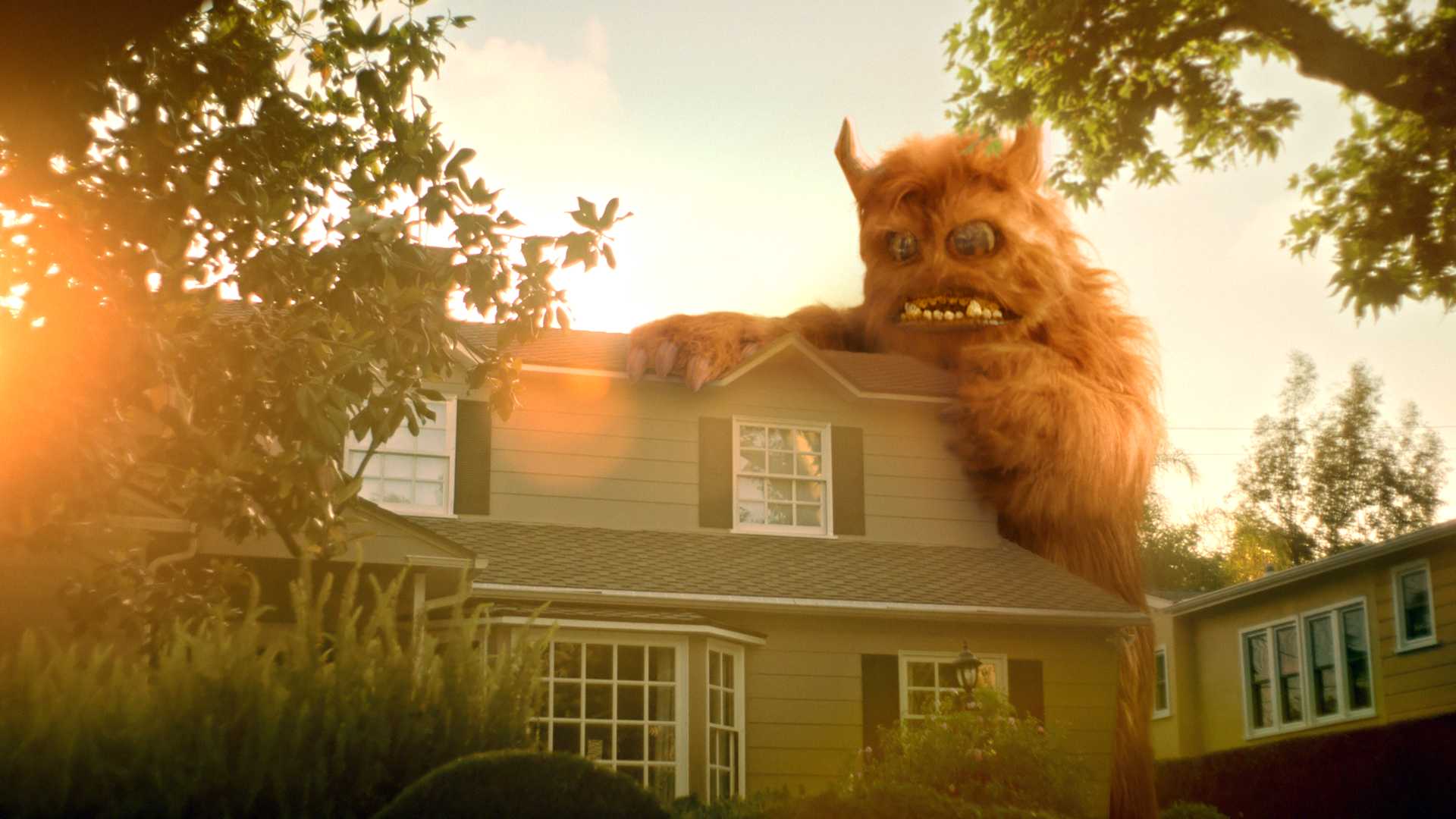 Hover over image above to see before & after effects 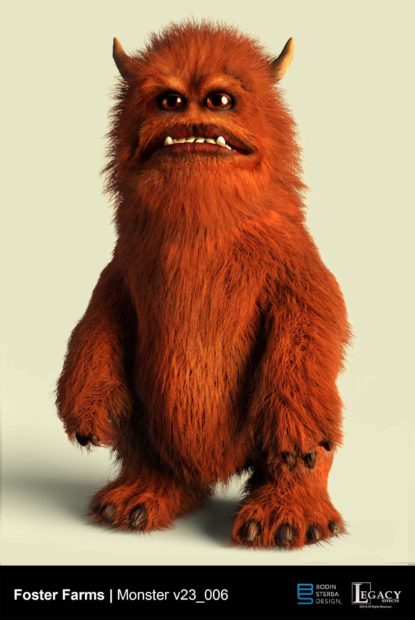